Cape St. Vincent in Sagres is a headland in the municipality of Vila do Bispo, in the Algarve, southern Portugal. It is the most southwestern point of Portugal and of mainland Europe.

Cape St. Vincent was already sacred ground in Neolithic times, as standing menhirs in the neighborhood attest. The ancient Greeks called it Ophiussa (Land of Serpents), inhabited by the Oestriminis and dedicated here a temple to Heracles.
The Romans called it Promontorium Sacrum (or Holy Promontory). Strabo, in his Geography call this cape the most western tip of the known world and reports the place was considered magical. Common people believed the sun sank here hissing into the ocean, marking the edge of their world, which Strabo qualifies as "common and vulgar reports" and attributes to Posidonius.

This place is also known as the "End of the World", the most southwestern point in Europe

How to Explore this Place

Choose one of our tours 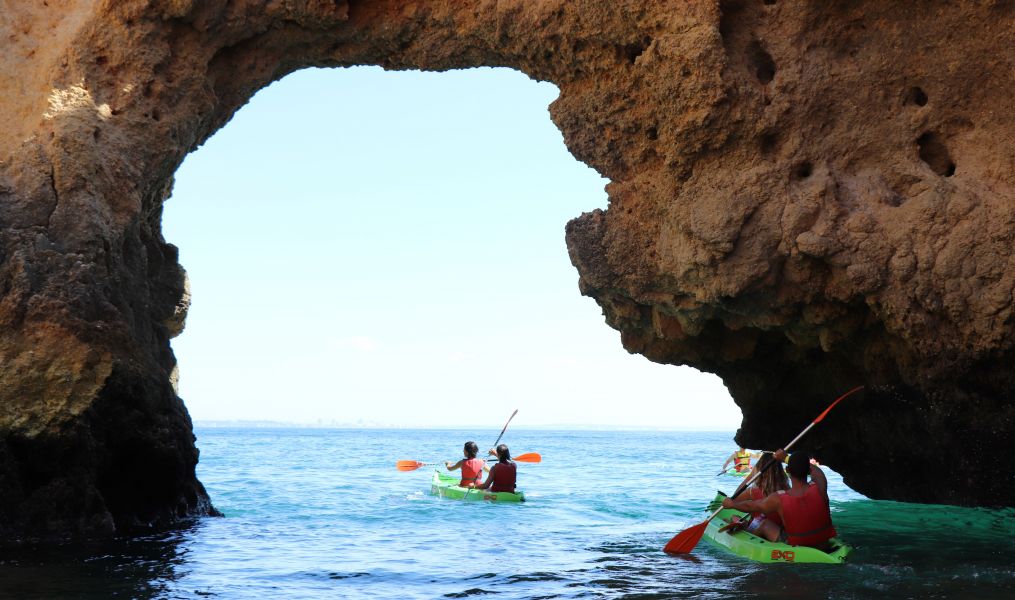 Discover the majestic Ponta da Piedade de Kayak. It is a unique and unforgettable adventure, and when the adventure represents comfort, safety and breathtaking moments, everything becomes magic.

Welcome aboard! Our trip from LAGOS to SAGRES begins at 11 a. m. (Doca Pesca) Transfer from/to Hotel available.

Join us on a wonderful cruise along the breathtaking coastline around Lagos and Ponta da Piedade.

On the 2h30 trip you can enjoy the beauty of Lagos bay and its wonderful beaches. Departing from the Port of Lagos, a calm and relaxing trip aboard the vessel "VIA ATLÂNTICA" begins.

Tour in a small boat

On our 1 hour boat trip to the grottoes of Ponta da Piedade you will enjoy the beauty of the Lagos Bay. We leave from the Doca Pesca harbour and pass the old part of Lagos, as well as the old Fish Market that dates back to 1924.